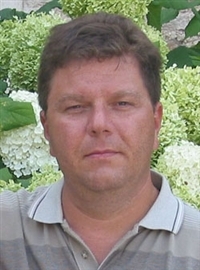 During this period, he spent 4 months (in 1999) in the group of Jean-Pierre Aimé at the University of Bordeaux (France) and one year (2003) in the group of E.W. (Bert) Meijer at the Eindhoven University of Technology (TU/e) in the Netherlands. Since 2003, he is still visiting scientist at the Institute of Complex Molecular Systems at TU/e.

His research is aiming at the:

Probing viscoelastic response of soft material surfaces at the nanoscale.